Recipe of being a First World Country! Fix these, Fix India!

1.
In the silicon valley of the east – Bangalore, I have been to Manipal Hospital atleast 5 times in September to visit my close friends or their family members suffering from dengue. It is surprising and rather interesting that everyone I know between Delhi and Bangalore, knows atleast 2 other people down with dengue. I didn’t know whether to feel amused or sorry when parents of my 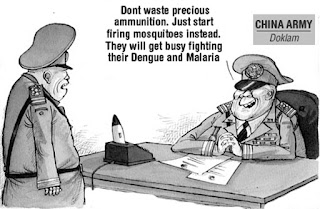 cousin, suffering from dengue, visiting Bangalore to tend to him caught dengue themselves and they laughed it off saying the entire family had a 7 day holiday at the hospital.

But what a shame.
Shame on the nation and its citizens (who are an equal party in keeping their country dirty) that while we cannot stop the chest thumping in self-praise on our intellectual, economic and scientific advancements, a significant population is just figuring out their dengue and malaria.
Simple math throws some startling numbers. Every dengue patient ends up spending USD1500 for a treatment in addition to a loss of productivity of about 10 days. Readers of this piece who are good in math would be appalled by the broad numbers if they choose to calculate the national and the notional loss.
2.
I spend an hour each day each way to work and this 2 hr commute gets reduced to a mere 40 mins on a Saturday or Sunday (if I ever have to visit office) 8% of my life and 30% extra fuel (because of traffic inefficiency) gets wasted in negotiating issues of traffic. Imagine 8% of your precious time that could be spent on filial bliss is taken away by traffic jams.
Approximates figures according to data available online pegs India’s daily fuel consumption at 4.4 million barrels per day. If traffic makes it 30% inefficient (wasteful burn) , we waste approx. 1.3 mbpd or 206.68 million litres per day. Staggering number translating to approx. USD190 million per day. Or 69.35 billion USD per year.
Let me remind you that’s just the wastage due to inefficiency, bad roads and traffic jams.
India imports a major part of its fuel using precious foreign reserves and it’s a pity that 70 billion USD gets wasted due to poor infrastructure and quality of roads and bad traffic jams.
3.
In India you can almost get away with anything. Whether its Mallya who is basking in the sprawling mansion of Hertfordshire, or JP associates who have duped 32000 home buyers of their life savings or top 50 defaulters of Indian Banking system who collectively owe close to 80 billion USD to the banks. All this is really just the tip of the iceberg. The collective loot by top 500 politicians, businessmen and officials could be upwards of 500 billion USD. The result is that markets are short of cash. Genuine businessmen don’t get affordable loans. Existing businesses cant expand and if at all – they get sicker by taking on un-affordable debt. I hear that some businesses in India are paying upto 10% in processing fees of commercial debt (even for fully collateralised loans) to financial institutions. One would wonder whether there is another major scam brewing in the banking sector or banks are funding sub-prime loans for superior upfront processing fees.
And irony – with 8-12% of stressed loan book, the outgoing chairman of SBI is still being hailed as a having left a legacy. Whereas I clearly remember that in her incoming quarter (As Chairperson) the profits dropped by some staggering 80% and the banking fraternity hailed her as cleaner of skeletons left behind by the previous leadership.
An this is just one bank!!
Hypothesis:
The Acchhe Din rhetoric resonated far and wide in every citizen’s imagination. The demonetisation and GST decisions required balls of steel and a pristine intent. The jury and naysayers are still criticising PM Modi (rightly or wrongly – I wont opine here) but no Prime Minister has stirred the imagination of a nation as much as Modi has. But the bedrock of any nation lies in the health of its citizens, the quality of life that a country offers and the corruption that rots the country like a rogue virus that has no cure.
Bharat wont become swachh by AmitabhBachhan talking about it on prime time or politicians grabbing every photo-op a few times in a year by holding brooms in a localised area. Bharat will become swachh by putting the 70 billion dollars wasted each year – just due to poor roads and infrastructure and traffic jams – to good use.
Infrastructure requires cement and steel and our nation can produce all of it indigenously and thereby easily improving the quality of life of its citizens in every respect and also generating millions of jobs – dramatically.
Any road that erodes within 5 years of being metalled – its responsible PWD engineer, its contractor, and the sanctioning officer should be subject to harshest punishment – perhaps capital. Vietnam recently executed an officer on charges of corruption. I smiled when I read this news. With a law like this India’s population would be reduced to half.
Similarly the bankruptcy laws are being seen as a parachute to the defaulters who have siphoned and stashed hundreds of billions of dollars. And now are declaring bankruptcy and will still continue to live lavish lifestyles beyond what a commoner can fathom. Why are all the sanctioning officers from all banks under whose signatures the defaulting loans were sanctioned not being pulled up in retrospect. How are we different in our approach towards our bankers compared to Fuld of Lehmanwho retained his bonuses and was still giving lectures to the wall street elite 5 years after the demise of Lehman.
India has dramatic beauty and locations better than some of the best visited places in the world – but foreign tourist arrivals hasn’t grown beyond 9 million per annum in a country as vast as India in last 70 years. Just the city of Istanbul gets more foreign tourists annually, than all of India. Its all because of a dirty nation – both to the eyes and in its soul.
Much is left to be desired in the 70thyear of our independence where on one hand we pride in having sent the cheapest rocket in first attempt to Mars and on the other we are just fighting a losing battle with the mosquitoes and spending a significant part of our lives in traffic jams and in ever increasing polluted and corrupt environment. And where most of the recent actions by the present leadership failed to demonstrate the intended results.
Manu also writes on huffpost
Twitter @manurishiguptha

12 thoughts on “Recipe of being a First World Country! Fix these, Fix India!”