Circa May 2004. I was holidaying in Binagudi (a remote village in West Bengal) when the India Shining Campaign of the incumbent BJP government was almost set to get them back to power and they lost. Congress put up a good show and Sonia Gandhi / Manmohan Singh was set to become the PM. I had intermittent access to television but saw AB Bardhan (Of Communist party that was to be a key ally of Congress in the Government) come on camera and say “Bhaar mein gaya divestment and Bhaar mein gaya reform” (To hell with privatisation/divestment and to hell with economic reforms). 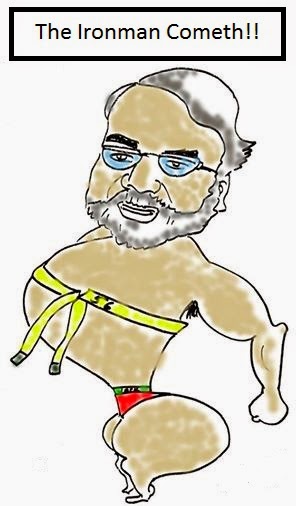 The nation expected BJP to come back to power and allow the alleged stock market party to continue.
And within minutes all stock markets crashed by over 20% thereby eroding a couple of hundred billion dollars in market cap and trading had to be halted. I wish i had some internet access to invest whatever little money i had because this reaction of the markets was irrational.
Circa May 2009. I was in Warwick a little away from the consciousness of Indian politics and was immersed in the theory of marginal utility and realised that for 2 straight days the stock markets were in an upper circuit, up by 40%, because Congress came back to power and Manmohan sigh was destined to become the PM again. Again irrational exuberance demonstrated by naive citizens of this nation.
The nation suddenly believed that return of congress / Manmohan Singh will be magical. The less said the better about the rout that India saw wrt corruption and inefficiency in years (2009-2014).
Circa May 2014. It is likely that Narendra Modi led BJP might win and Modi becomes the next PM and again irrational exuberance has taken over sound logic and stock markets are re rating every stock – for they expect Modi to do the Houdini and open all hidden treasures leading to unimaginable growth for the nation and for the individuals.
So what’s the point?…..
Human memory is terribly short and so inconsequential that citizens vote based on emotion and a false sense of belief and hope that new governments will weave magic.
Obama’s “Yes we can” reverberated across this planet and US of A expected a change like never before but it has all been slightly above or below average on all issues. Even i thought – that as an Indian, it would affect me positively.
No magic. No earth shattering reform. Business as usual in Obama’s 5th year of Presidency.
No government, no individual, no nation can outpace the general averages of growth and global development. Nations find their own spectrum/range of growth and development that is closely interlinked with the overall global economic scenario.
Just about anyone can be the Prez of the US of A or The PM of a large country like India – Individuals can barely make negligible incremental difference to the momentum of this planet.
Will revisit this blog post in 2019. In the meanwhile expect a below average performance (just because the expectation is so bloody high) and sell your stock if you have any that has already discounted a Houdini like performance from Narendra Modi.