The three blunders by Tim Cook at Apple

My sister thinks that I am almost primitive for not having switched to an Iphone and my reluctance to make this switch surprised her even more when she recently brought an IPhone 7 for all family members while visiting us from the US of A. 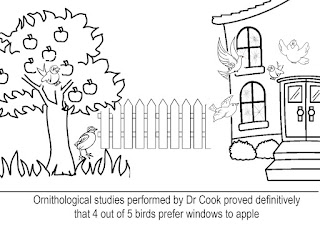 Till about a year back I was terribly happy with a Blackberry (BB) till most of the apps that provide daily convenience decided to stop providing BB support and life started becoming difficult. And I switched to android. As I mentioned in one of my posts that went viral, BB lost the plot when it failed to take a few significant decisions in its product lifecycle. Even while Apple is likely to be the first company ever to achieve a US$ 1Tr market cap, its fate might be similar to BB if it doesn’t change course.
It’s a given that till recently Apple used to make the most beautiful phones and laptops on the planet and yet a statistic that I came across pleasantly surprised me. Give or take, Apple has less than 20% market share of the smartphone industry and pockets 90% of the entire profits of the smartphones sold across the planet.
And that’s why the smartness and iconic status of Apple in every aspect makes it the most talked about brand in the world.
But
Product efficiency must be far better than the rest of the competition.
The only people that I have ever seen struggling with a repertoire of a battery packs and wires looking like nooses around the necks are users of Iphones. Its hard to imagine that Apple hasn’t been able to get its battery right. And on top of that they aren’t even apologetic about it. If someone was to have a long working day starting at 0500 and going thru midnight, there is no way in hell that Apple would last beyond noon. It’s a shame to see Apple Iphone users nervously struggling with chords and chargers. Apple must do something about its batteries or its in trouble.
Further to substantiate my belief I used a US$200 Chinese phone along-with an Iphone 7 for a fortnight and was pleasantly surprised with the Chinese brand for its interface, battery and response. 1/6th the cost and a far superior efficiency. Apple phones at approx. US$1000 a piece do not provide anything that a plethora of phones at 1/5th the cost provide smilingly and efficiently.
Position of supremacy can neither be taken for granted nor can it last forever.
A brand like Apple must consolidate its present position and try and capture a much larger market share. Customer is conscious and no brand in this ever connected and efficient world can charge a 4X premium for a small incremental beauty / efficiency of a product.
The saga of success that started in early 2000’s when the ipods took over the world must continue into a new product or invention. For how long can apple continue to modulate the same iphones in their shape and size and – isn’t this akin to old wine in new well packaged bottle every few quarters.
Product evolution in line with customer’s demand / desire.
Every other phone comes with a 2 sim slot that is really the most practical functionality to have for people who travel and are sometimes in need of alternate numbers. Apple has conveniently chosen to avoid providing this most desired functionality. If India and China with multiple GSM service providers at multiple radio frequencies, are to be Apple’s next serious countries of growth, Apple must start providing 2 sim phones sooner rather than later.
People generally prefer to keep work and personal numbers separate and a 2 sim fone at a starting point costs as little as US$40, its terribly surprising that Apple hasn’t thought of it as its top priority while brouhaha’ing’ about the India and China potential.
Greed is good but put a stop somewhere.
As Gordon Gekko says – Greed is good and Apple has brilliantly realised its greed to an extent that its cash reserves of US$250B are more than the GDP of many countries in the world, but all of it can quickly disappear if the most powerful engine of this growth feels short changed – and that engine is The Customer.
Microsoft strategically and conveniently allowed piracy of Windows in all second and third world countries for the longest period of time but captured a significant market share. The only sustainable ecosystem of programs and softwares across the planet is aligned to Windows. The world today is reluctant to switch off from Windows even if there are better and cheaper alternatives available. Apple seems to be losing this plot somehow.
Forget the profits and the success and the iconic status of Apple as a company – but with just 20%market share at 5-6 times the price of similar products, all it would take is a few quarters for this castle to come crashing down if the customer – who is king – realizes, what a ‘Charlie’ – Apple is making out of them.
Whatsapp wouldn’t have existed today if Blackberry had opened its BBMessenger as an open source free app just a few quarters before it actually did. This happened to Blackberry for its sluggishness in evolution – this could well happen to Apple.
Follow Manu on Twitter @manurishiguptha

10 thoughts on “The three blunders by Tim Cook at Apple”