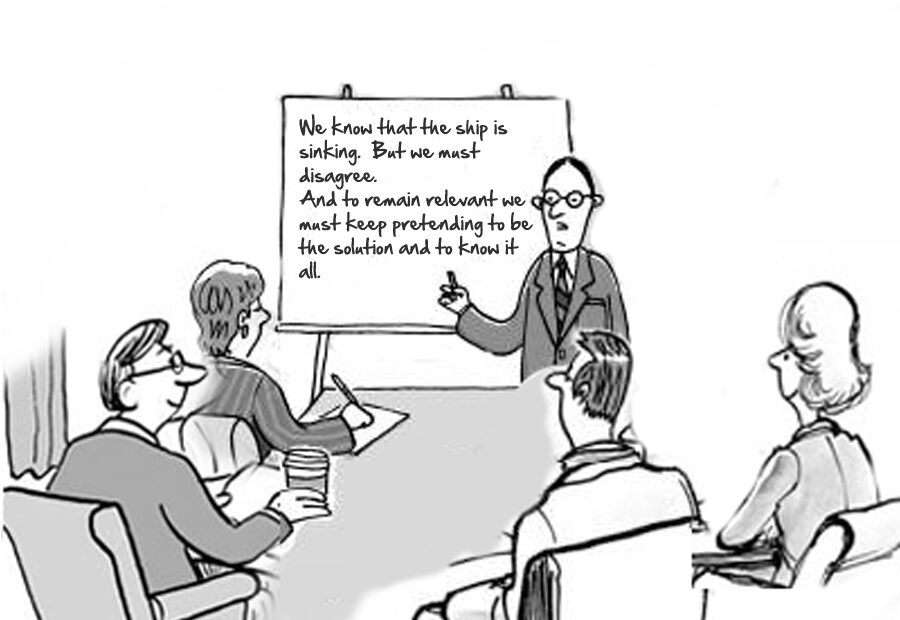 Darwins theory of evolution in its simplistic form says ‘The fittest survive and they fight to compete, survive and procreate’
Societies have evolved over generations where economic progression, education and character have all moved in a synchronous manner. Some of the most developed economies like the US, UK and France have had their fair share of tribulations such as wars, diseases etc but have demonstrated that they maintained their financial, military and intellectual hegemony from a global perspective.

Societies in the first world countries prided themselves with superiority and there was a race among these nations to establish themselves as a leader in one thing or the other. Inventions (technological, financial and medical) of every form happened in the western world.
So why did India get left behind so miserably, when evolution of homo-sapiens happened almost at the same rate/manner across the globe.
The answer lies in one word “Corrupted Greedy Character”
But this didn’t happen by design – it was the natural evolution of a nation where its large population zealously procreated and grew roughly 4 times from 350 mill to 1.3 billion in just 65 years.
And Darwin’s to blame majorly for the present character of this nation. Or at least his theory explains this at best.
Lets reflect objectively on the causal factors.
India can primarily be divided into 2 kinds of demographics Rural-Agrarian and Urban-Corporate.
The rural-agrarian have relied on limited means, producing and consuming and storing for the proverbial winters/rainy days – Simple.
The urban-corporate are living in small over populated cities with limited resources and infinite greed among themselves to survive, grow, hoard and procreate. Another phenomenon happened in the Indian sub-continent in the last 50 years. Indians were primarily fighting floods, droughts and starvation and suppression in the last 300 years, but the last 50 were marked by rapid economic developments, lesser vagaries of nature, economic development led by rapid and almost alarming shift from agrarian to services based economy and a large part of urban population having marginally more than required.
Yet the starvation gene (let’s call it the gene X) still continued to exist and despite the rapid progression, in last 50 years, on all fronts namely economic, medical, food, transportation and habitation, the gene X that encourages to hoard, be greedy and survive at all costs and mostly at other’s expense, persisted and didn’t mutate at the same fast rate as the economic development of this sub-continent.
That’s why Indians over eat and eat till they are proverbially full (read bursting after a meal). They are generally a dissatisfied lot wanting more than what they deserve or can actually earn.  And that explains why inspite of being a rather superior nation on many fronts, this subcontinent still behaves primitive, back stabs, in-fights on trivialities and sadly the educated in the so called corporate world spend majority of the time pulling the other one and the surrounding ones down because of a misplaced sense of depravation and insecurity that purports corruption, greed and above all ‘obstruction’.
And that catalyses the breeding of ‘Chief Obstruction Officers” in the corporate world too. Fair warning pls – no COO should feel attacked – we could even call these assets – Chief Business Obstructers or Chief Financial Obstructers. They are all the same. For brevity lets just stick to CBO’s
C N Parkinson wrote a powerful essay in 1955 that pretty much defined the expansion of bureaucracies in an organisation and how work aligns and expands itself according to people available for its completion and organisations are perpetually insecure. Every insecure company necessarily wants to have infinite multiple layers of inefficient CBOs to keep an alleged check and balance.
But lets talk of the role that these CBOs play in the fate of organisations.
These people have never actually handled a business in its true sense. (the corner shop paanwalas are better businessmen because they invest their own money and have a skin in the game). CBOs pretend to be confident, very knowledgeable, stretched on the chair as if on a hammock (during an official meetings – but that’s a body language that hides inferiority in the garb of stretched posture), their condescendence and pretentiousness would put thought leaders such as Kotler and Prahlad to shame
Nothing amuses me more than seeing people from disparate backgrounds, accidentally landing themselves in position of authority, pretending to be Prahalad’s reincarnation, aspiring to make a mark without an iota of responsibility, assuming authority because no one questions, pretending to have a connection with GOD (when God least cares), and then start preaching on topics and industries – of which they have no knowledge.
We call them “Chief Business Obstructers”

A friend was sharing his personal experience when he used to run a business that grew 5-6 times in 4-5 years. Customers were happy, colleagues were thrilled, profits were good. So much so – the growth rates encouraged his company to start thinking IPO. Nothing gives an executive more joy when peers in the industry start talking about small businesses that become a formidable force and everyone starts talking of these small businesses as the next big thing.

Corporate world is funny – everyone pretends to abide by Thomas Bertman’s adage “don’t fix it – if it ain’t broken” yet no one practices it indeed. On the contrary system gives authority to incompetent people who know nothing about a business and these wise men try and fix every single thing that’s not broken – till the business is on its  knees, is on ventilator support and eventually breaks down.
Corporate world is replete with examples of excellent businesses that tried to do a lot when nothing was required to be done and businesses and leaders who did nothing when a surgical intervention and action was required.
But there are clear and distinct signs that leave a trail of evidence, sometimes discovered much later (similar to the tail effect of a comet) when its too late, that sow the seeds of demise of well run, well managed, perfectly fine companies irrespective of their size.
I spoke to about 9 different C and D level executives and have endeavoured to summarise below the signs we must look out for – if we care for the longevity of the companies.

The few reasons why a handful of businesses have survived over ages are – when..