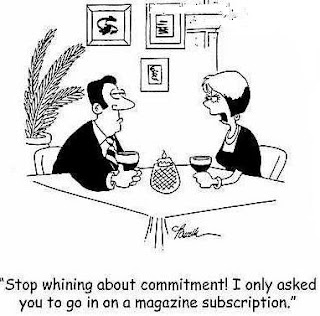 Lately I have come to believe that commitment is one of the most important dynamics of strategy. Organisational and personal success is simply a function of commitment. When we lock ourselves into a commitment and leave little choice to ourselves, we as risk takers or decision makers are forced to act prudently and to make things work.

2 months ago I took up an assignment in an industry that is totally new, and has yet to establish itself in India. Many people advised me to test waters before plunging in. But my contention was simple. If the commitment isn’t 100% on the first day, success would be elusive forever. When I moved to a lesser known part of India, 7 years ago, to set up India’s first river cruise vessel, hostile environment, untrained staff and regional alienation added to the anxiety of commissioning a ship within 4 months – Maiden voyage being sold out. The company has 2 ships and 2 hotels today.

Large investments in new projects in which entrepreneurs go all in, is a reflection and evidence of their belief in their commitment. History is replete with examples. Reliance industries’ largest Greenfield refinery in the world, Tata’s $2000 Nano Car, Sir Hillary’s conquest of the Everest, Gretzky’s resolve …………