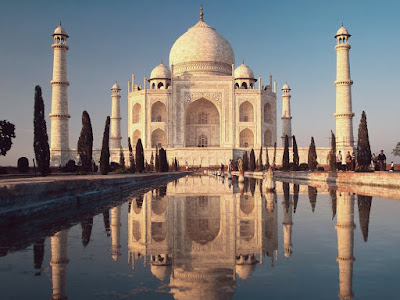 To most people, India is the land of the Taj Mahal, which was built by the fifth Mughal; Shahjahan in 1650, He loved his wife so much that she travelled with him everywhere and in one of the military campaigns; she died at an age of 39 while giving birth to their 14th child.
She asked him to show the world how much he loved her and so came the Taj Mahal (described by Noble Laureate, Rabindranath Tagore as a tear drop on the face of humanity).
It took 22 years with a work force of 20,000 and the money that was spent to build it would be worth 141 billion US$ today which probably makes it the most expensive piece of architecture in the world.