How Boards expedite the demise of some of the best Companies

We were in absolute-absolute awe of TESCO during my days in the UK, during the hey days of TESCO. The retailer had established itself as the most efficient company, churning out QOQ of phenomenal growth, managing its working capital cycle so beautifully that 3 months of working capital cash (zero debtors and 3 months creditors) allowed it to become the most wealthy real estate company as well. Sir Terry Leahy was regarded as a business icon par excellence and no business management class / case study would go by without the mention of TESCO, its success, its strategy, its leadership and its growth. The customer reward program “clubcard” has been revered as one of the most successful reward/research programs in global retail.
Established in 1977 it spewed a whopping net profit of 3.8 billion in 2011 and attained a market cap of some 100 billion Pounds at its peak.
Circa 2014 overstating of profits, accounting scandal, CEO resigns, Market Cap eroded by 70% and the stakeholders – vendors, employees and most importantly customers lose confidence in one of the best and most talked about companies in British history. 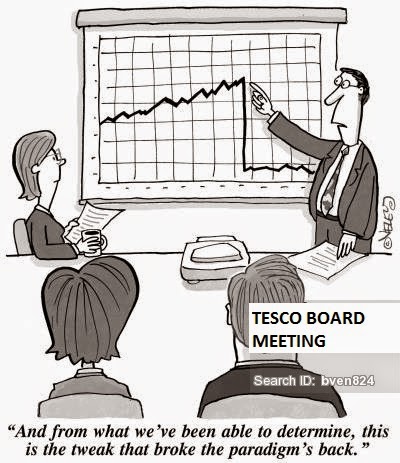